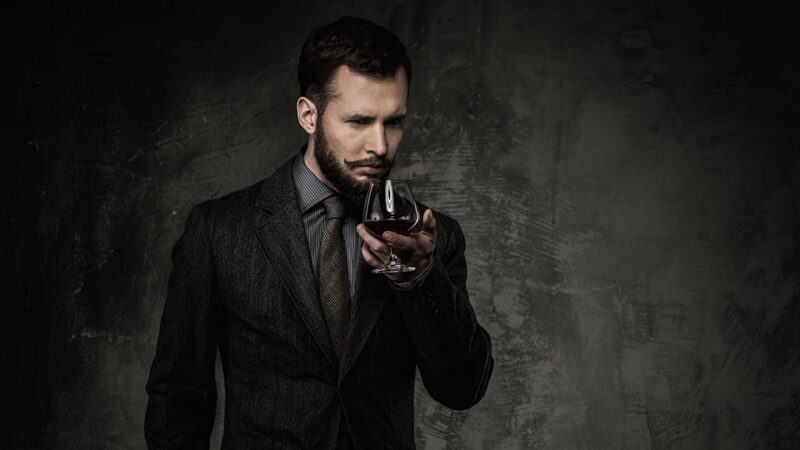 It’s difficult to describe what it is. We could say natural elegance but more than that, it is the effect a Dandy’s appearance does on his spectator. In French we call it “un je ne sais quoi” but you would call it the “it”.
Dandies are not “a man”, it is a diversity of the men within. A gallery of unique men.

I am an advocate of the Brummel, Baudelaire, Balzac philosophy of Dandyism. “If people turn to look at you on the street you are not well dressed” said Brummel and this is also our philosophy.

After several decades of vulgarity, exhibitionism of a particularly tasteless brand, and a population lulled by mainstream fashion into conformity masquerading as personal expression, finally arrived the new Golden Age of Dandyism !

Elegance is Paramount and Mediocrity is worse than death – Elegance means to select with care and that’s not something that one can determine from across the street. It is easy to be fashionable or eccentric but how difficult it is to be elegant ! I loved the “Rouge et Noir” Stendhal, when the Prince tells Julien “You have that natural froideur we try so hard to affect”. But not all are born with that natural froideur, so at Dandy’s Barber Lounge, we work on creating that effect while keeping your individuality.

Finally don’t forget that as Barbey wrote: If they were, anybody could be a dandy” and at Dandy’s Barber Lounge, Dandies “are”, Dandies “will” and Dandies “survived”.

You know when we will become free ? When we will stop being dissolute in the mass, the silent majority, when we will be capable of creating ourselves. The biggest SIN of our time is the mass absorption – the individual dies, dissolved in the mass.